"You are useless" - Cynthia Morgan to follower

"You are useless" - Cynthia Morgan to follower

Pop singer, Cynthia Morgan, clashed with a Twitter user who via his tweet opined that her lifestyle contributed to her ''stunted growth'' in the music industry.

The Twitter user with the handle @Kingezzy_ had tweeted

''Cynthia Morgan would’ve been the biggest female dancehall artiste export out of Africa... but her label lifestyle fucked her up.''

Cynthia spotted the Tweet and inquired from the Twitter user what her lifestyle was. An unsatisfactory reply from him caused Cynthia to describe him as a Useless person.

See their exchange below 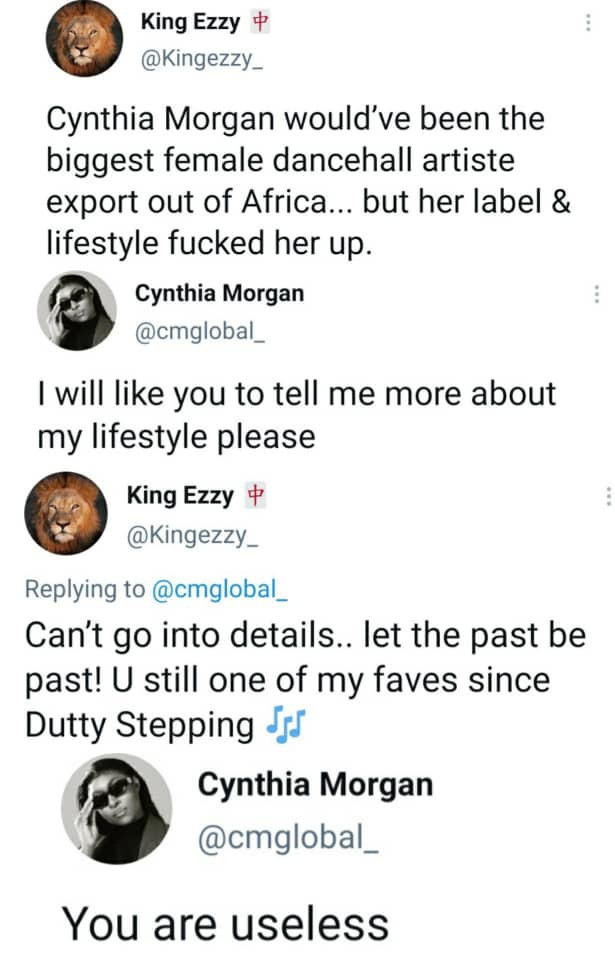 These are why your chances of becoming a billionaire is very slim.

How a Brain Disorder Leads to Child Geniuses.