Peter Okoye has replied after a fan told him he will not stream his music again if he doesn't reunite with his twin brother, Paul Okoye.

Peter has been promoting his virtual concert online. He also asked his Twitter followers to stream his songs and a follower let him know the only condition on which he'll oblige him.

The fan tweeted: "I'm not streaming any sh*t, not until you bring back your brother." 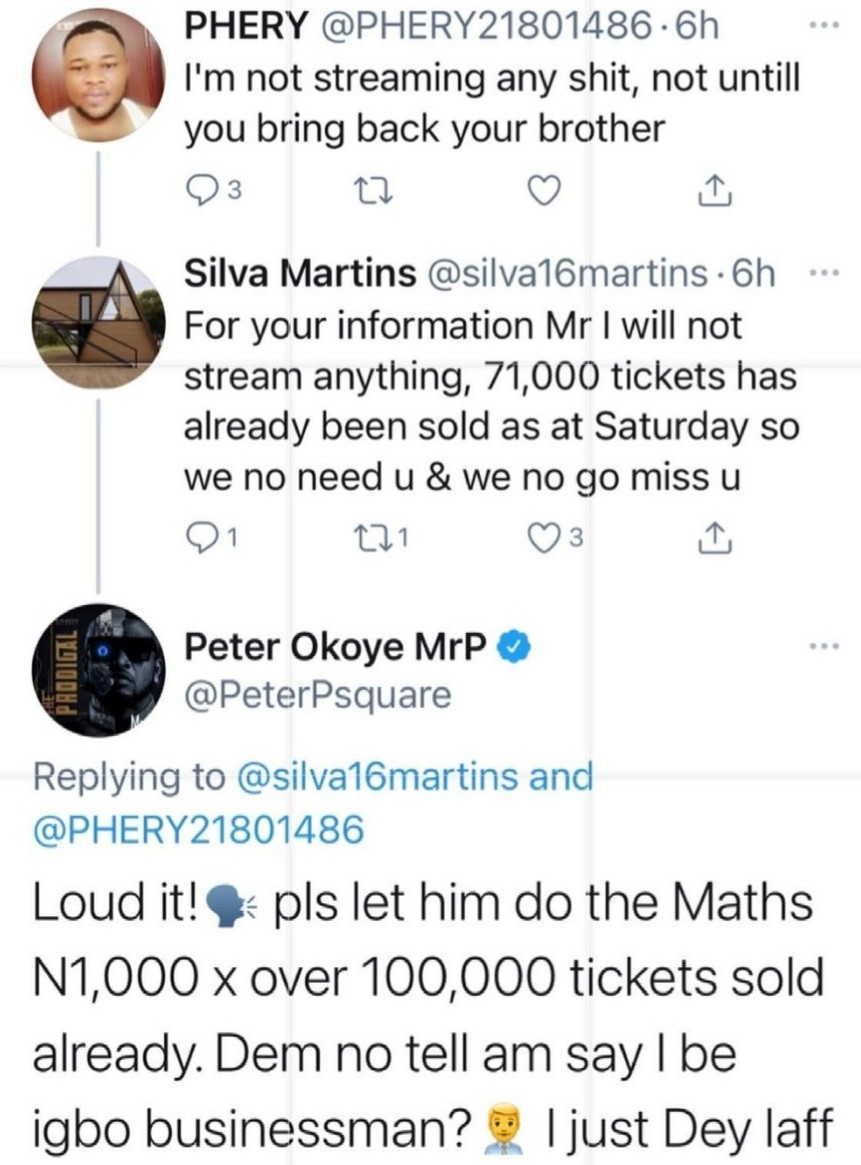 The singer then took a screenshot of the exchange and shared it on Instagram,  writing: "Let me say it again! This individuals are not haters they are just P2 heart broken fans and i understand.

"Only PALOMA and JUST LIKE THAT dem don dey shake Dey shiver!

"I will still wish dem well this weekend! Sha I have forgiven them! it’s over 4yrs now! pls you people should move on. No come get High BP for person matter.

"I have an Album and a virtual concert coming up in 3days time! I can not be distracted!

"Just say a simple CONGRATULATIONS to me! It will not kill you." 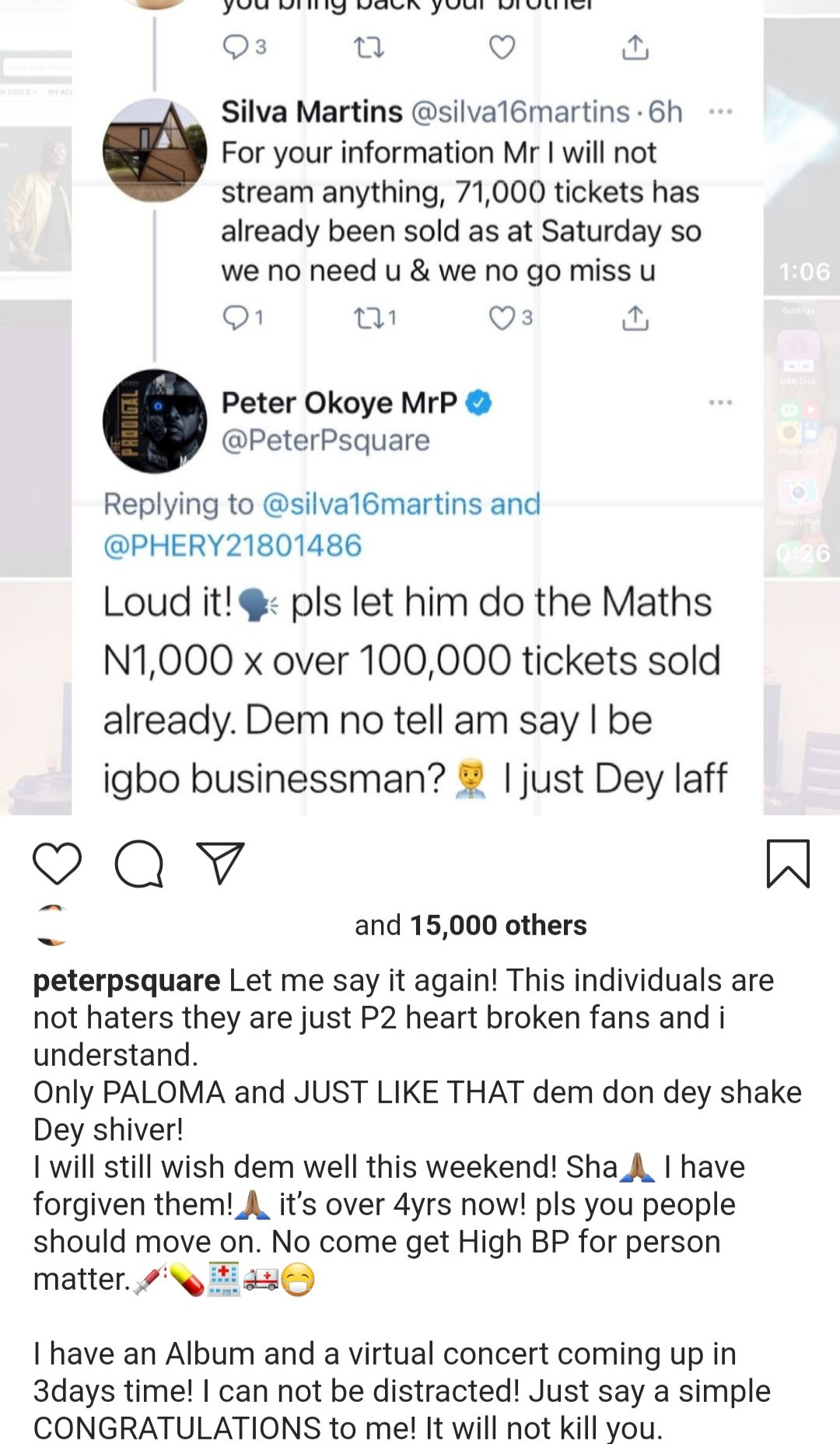 Peter and Paul Okoye who made up the group, PSquare, split up few years ago and both have since continued their music careers with solo performances and songs

Wole Soyinka reacts to the twitter ban in Nigeria