LAPD say they have identified a man suspected of gunning down Nipsey Hussle outside his clothing store the rapper hoped would be a catalyst for reviving the impoverished Los Angeles community where he grew up.

Police said late Monday that they are searching for Eric Holder, 29, who they said in a news release is suspecting of fatally shooting Hussle and wounding two others Sunday afternoon. Police said they believe Holder fled the scene in a 2016 Chevy Cruze that was waiting in an adjacent alley and was driven by an unidentified woman. The car’s license plate is 7RJD742. 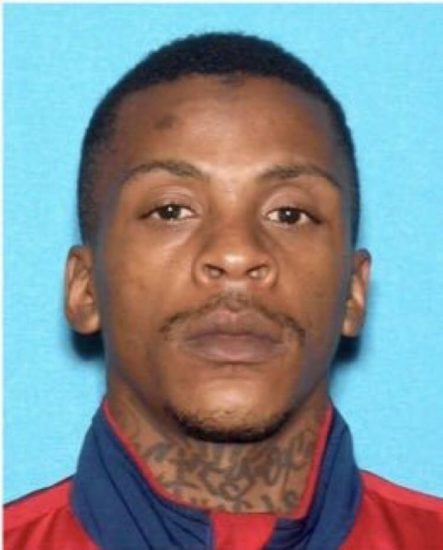 Police are asking for the public’s help in finding Holder. No additional details about him were released. Los Angeles Police Chief Michel Moore is scheduled to hold a news conference Tuesday morning to provide updates on the investigation.

Details about Holder were released shortly after 19 people were taken to local hospitals — two in critical condition — after a vigil for Hussle turned violent Monday night. At least one of the critically-injured persons was struck by a car and the other one had a “penetrating injury,” although it’s unclear whether that person was stabbed or cut by broken glass. Two other injuries were serious and 15 were considered non-life threatening.

The vigil was held outside The Marathon clothing store where Hussle hoped to spark revitalization for the neighborhood where he grew up. Hussle, 33, and his business partner purchased property in the Crenshaw neighborhood, intending to knock it down and erect a six-story residential building atop a commercial plaza, with The Marathon as its anchor.

Hussle’s philanthropic work went well beyond the usual celebrity giving back ethos, and political and community leaders were as quick and effusive in their praise as his fellow hip-hop artists.

“Nipsey’s activism, leadership and dedication to community was an inspiration for Californians and beyond,” tweeted California senator and presidential candidate Kamala Harris. “His senseless death leaves us worse off.”

By Monday, hundreds of people formed a circle in front of the closed store to pay their respects. A memorial of candles, flowers and paintings of Hussle took shape in front of the store and in the parking lot. Blaring loudly through several speakers, some of Hussle’s popular songs were being played including The Weather, Double Up and Hussle  Motivate.

Pisces and Scorpio - Compatibility in Sex, Love and Life

Reasons Why You Need to Build Friendship Before Relationship (Read More)